Shopping in India: where change must come from within

Posted on November 24, 2012 by subincontinentia 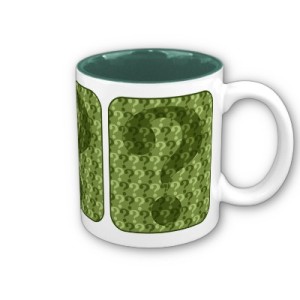 It took me a while to find the right coffee mug. You know, the one that feels right and has handles made for humans over six. Now, which to choose? The teddy bear holding a rose and champagne bottle or the Dalmation smoking a pipe? I settle on the Dalmation and place it on the counter.
“180 rupees,” says the store-keeper.
I run a quick-search of my wallet, then with an inward sigh, I offer across a 500 rupee note. He eyeballs me furtively.
“You don’t have… change?”
“Sorry, I don’t.”
My words bounce off the musty walls with an echo of sinister laughter.
No change?! No change?!
The pause that follows sucks all the air out of the room. I see his right hand slide under the counter while my neck muscles tighten. On the wall behind, a strip of multi-coloured lights begin to flash and play the theme to Hawaii Five-O. Somehow I manage to shake myself free from its hypnotic effect and make a dash for it. But the shop door swings closed before I can reach it, and bolts automatically three times. Bdang! Bdang! Bdang! A black cord telephone rings once. The shopkeeper lifts the receiver to his ear, keeping me locked in his dispassionate gaze.
“We have one. Yes….yes….don’t worry. She’s not going anywhere.”

don’t leave home with one

Okay, so maybe I exaggerate. What actually happens is this….
“You don’t have change?”
“Sorry, no change.”
“Raju!”
A boy aged between 10 and 12 appears from nowhere. The store-keeper hands him the 500 rupee note with directions in Hindi that I translate as follows:
“This foreigner has come to our country without the correct change. Run to Chandigarh and fetch the amount of 20 rupees from one of the merchants. May the god be with you.”

I figure I have quite a bit of time to kill since Chandigarh is in the Punjab, so I mozy on back to the coffee mug section, pondering the vast mystery that rivals the search for dark matter in the universe. Where is all the change?

I mull it down to three possibilities:

Today, I’m in a moderately-sized hill station town in Himachal Pradesh, but just a few days before I’d been in the country’s sprawling capital–New Delhi. The Gaddi hill people are known for their endurance, but I’m skeptical that little Raju is up to his mission for another reason. You see, I’d had a very similar exchange with a sweet-faced cashier in a gourmet (see’ overpriced’) Delhi grocery. Let’s pick it up where she was looking at me apologetically, and saying, “Ma’am, I’m very sorry, but we don’t have change.”
Why wasn’t I moving? Why wasn’t I saying, “Okay, never mind then,” like I had nine hundred and eighty-two times before, and sensibly returning my HobNobs back to the shelf next to the seashell chocolates? All I knew was: I just couldn’t bear it any longer.
“But why don’t you have change? You’re running a business.”
Blank look.
“Where people buy things.”
Another blank look.
“With money!”
I realize I’m stretching.
“But we have no change, ma’am. And the bank is closed.”
Oh no. She mentioned the bank! Stop it now, Rebecca. Turn back while there’s still time!
“But the bank was open this morning, right?”
“Yes, ma’am.”
Foolish woman. Pray desist before it’s too late.
“So, why didn’t you get change then?”
“I think this is a question for the manager. Shall I call him?”
This dark-eyed maiden has proven a worthy adversary. The customer behind me is slapping her left palm with the end of her baguette in a menacing fashion. With the little sense I have left I accept defeat and put back the HobNobs.

So now in the village ‘Coffee Mug & Everything’ shop, I wish little Raju god-speed and count my blessings that I hadn’t tried to pay with a 1,000 rupee note, (which no doubt would have required an overnight train to Mumbai). For those who come after me, I say, asking questions like where is the change? will only serve to addle the brain and hold up queues. Instead, I suggest you turn your attention to issues of lesser complexity. Ones that will keep you under the radar of local authorities and not annoy your Indian friends; that will break down cultural barriers and bring smiles of recognition to all parties. I offer as one humble example the following globally acceptable conundrum: should I have chosen the champagne carrying bear mug, after all?

NOTE: Thanks, Caroline, for the title idea!

4 Responses to Shopping in India: where change must come from within